Our First 'Before and After' and WC Experiment #1!

So here's the 'Before' pic of this part of our living room: 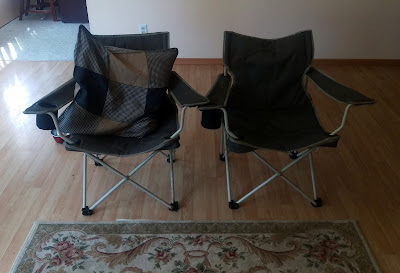 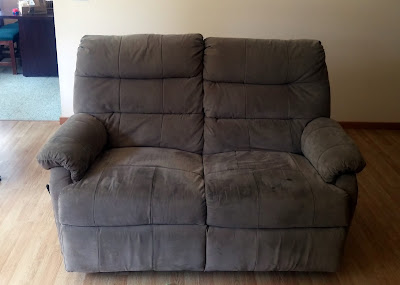 Okay, Okay, so this is not the most genuine makeover, but I am tickled pink to show it to you! When we first found out last Fall that we could be moving into this smaller cottage, I realized that our big sofa would not fit. Since large items had to be moved down an outdoor staircase at that house, we gambled on getting rid of it early before Winter set in. So, since October-ish, we've been using these classy camp chairs and planned to save up for a reclining love seat.

So, fast forward to just this past week when someone was offering exactly what I wanted: A light brown, microsuede reclining loveseat for, wait for it...$75!!!!! Non-smoking home? Check! Firm seating? Check! It was only a year old, but the couple had no space for it in their apartment. Yay for Me! :)

But now this is where the WC Experiment comes in. The sofa was pretty dirty. It had a lot of water spot and stains. It wasn't a deal breaker because I've had microsuede before, and know that I could always shampoo it if need be. But first, we decided to try this tutorial that has been pinned on one of my pinterest boards for forevah.

Now here are some true 'Before and Afters'! 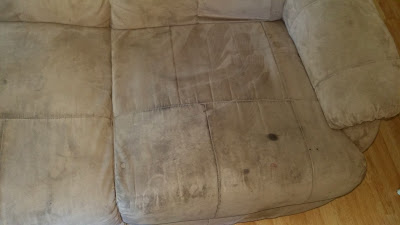 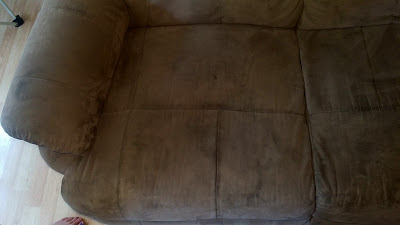 And the dramatic After: 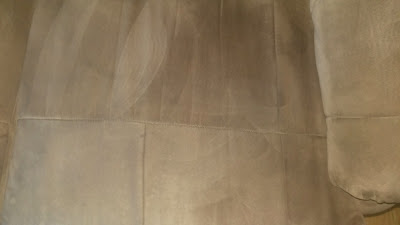 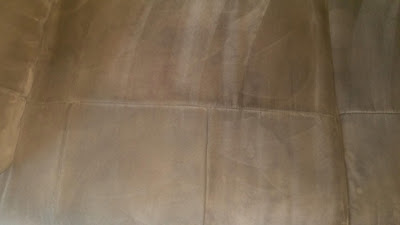 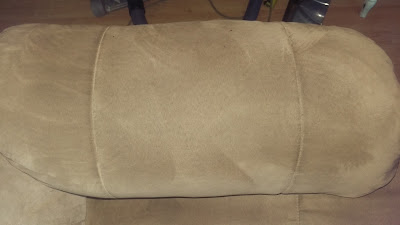 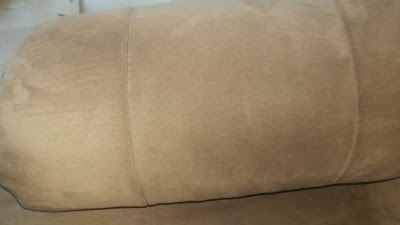 Isn't it incredible? We pretty much did it as she said to in the instructions. We only scrubbed the cushions, arm rests, and foot rests, and the whole sofa looks like new. I followed it up with one more good vacuum with my Kirby, and I am so thrilled with my $75 loveseat!

If you have a micro suede piece of furniture, I would wholeheartedly recommend trying this out.

And if you really want to improve the 'After' effect, 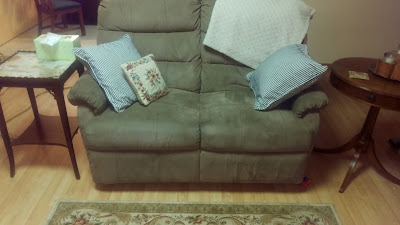 then add some vintage end tables, mattress ticking pillows, and a cozy sherpa throw! (Yeah, that's like giving you the After shot with make-up on!)